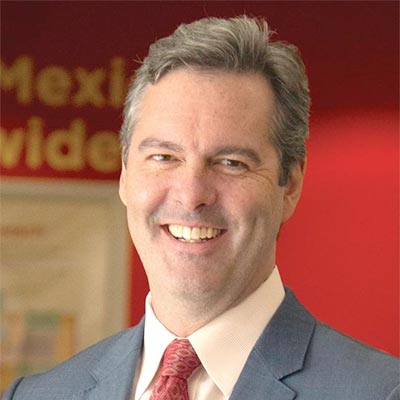 Born in Ames, Iowa, Russell grew up with a passion for music, performing and the arts. He began dancing while pursuing his B.A. in English from Vassar College.  He received his M.F.A. in Ballet Teaching and Choreography from the University of Utah.

In 2001, Russell attended the National Dance Institute of New Mexico’s teacher training program Teaching Excellence® and prior to moving to Santa Fe taught with Kansas City Ballet’s R.O.A.D. program (Reach Out and Dance).  Inspired by the mission and work of NDI NM, he moved to New Mexico to share his love of dance and the arts. For two years Russell directed NDI New Mexico’s North Program in the Española Valley.  He directed the Santa Fe Program for two years which included writing and directing the End-of-the-Year Events “Route 66: Legends of the Road” and “Got Jazz!”  After that, he became Artistic Director and assumed responsibility for training teachers and the artistic quality of NDI New Mexico’s statewide programs. Russell became Executive Director in February 2008.