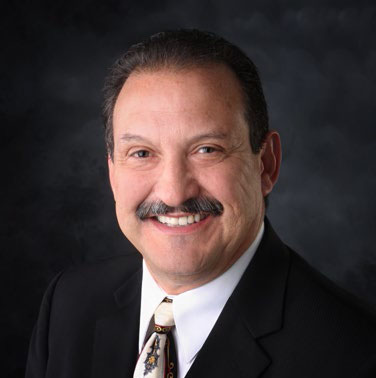 Del Archuleta is a native New Mexican and has devoted his life to giving back to the community and improving the lives of New Mexicans. He is considered one of New Mexico’s most committed and humble public servants. For over 45 years, his impact has been profound using his public service, community service and his engineering expertise to benefit others. He served as the CEO of Molzen Corbin for over 35 years, one of New Mexico’s largest and most respected engineering and architectural firms. Over his professional career he gained an enviable reputation as a professional water resources engineer and many of his designs were the recipient of numerous State, Regional, and National awards.

HE IS MOST PROUD OF:

• Being able to use his engineering profession to make a difference in the quality of life in communities throughout his home State of New Mexico.

• Serving as a highly recognized voice for educational reform in the State.

• Having the honor of serving on the Board of Regents and being awarded an Honorary Doctorate by his alma mater, New Mexico State University (NMSU).

• Meeting and learning from other talented and committed individuals through his work on public and private boards throughout his 45-year professional career.

• Being blessed in raising three outstanding sons and being married to his wife of 46 years, Rebecca Gonzales Archuleta.

• Honored with the Governor’s “New Mexico Distinguished Public Service Award” for his commitment to his community and bettering the lives of New Mexicans, 2003.

• Recognized by New Mexico Business Journal as one of “New Mexico’s Most Influential People”, 2000.

• Honored with the “National Community Service Award” by the American Consulting Engineers Council, 2000.

• Presented with the “2010 Distinguished Citizen Award” by the Great Southwest Council of the National Eagle Scout Association, 2011.

• Chosen by the NMSU Board of Regents to Chair the NMSU Presidential Search Committee, 2009.

• Honoree for NMSU Distinguished Alumni for the College of Engineering, 2004.

• Molzen Corbin ranked as one of the nation’s “500 Largest Hispanic-Owned Companies” by Hispanic Business Magazine for the past 25 years.

• Recognized by Hispano Chamber of Commerce as “Business of the Year” the organization’s highest award, 2001.

• Chairman and Board of Trustees, University of New Mexico Hospital (UNMH)

• Board of Directors for the Greater Albuquerque Chamber of Commerce (GACC), Elected to serve three times as Chairman of the Board of Directors for the GACC, 1999, 2010 and 2014. Honored with the prestigious “Maxie Anderson” award, 2008. Del led the initiative to write the “Every Child” program to help improve the quality of education in New Mexico.

• Board of Directors, Presbyterian Healthcare Services; 2001-2011

• Board of Directors, Bank of Albuquerque; 2003

• Board of Directors, Explora Science and Children’s Museum; 2002

• Appointed to “State Board of Education” by Governor Richardson, elected as President, 2003.

• Appointed by Governor Richardson to serve as New Mexico’s representative for “Education of States Commission”, 2003.

• Appointed by Governor Richardson and Governor Martinez to the “New Mexico Mutual Board of Directors”, 2009-2017.

• Selected to serve on the “Employability Partnership of New Mexico” Task Force by Governor Martinez, 2012.

As you can see, Del is motivated to make his community and New Mexico a better place. He achieves these goals by actively participating and leading public service boards and community service organizations.