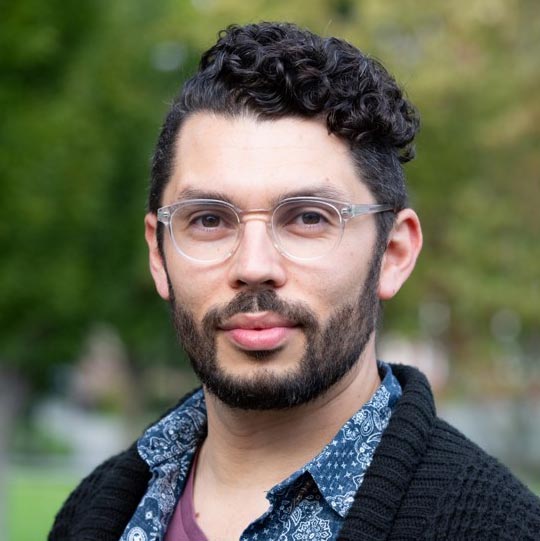 Many, if not most, NDI New Mexico alumni recall the years of memories they accumulated through their participation: the introduction to dance and live musical accompaniment in their elementary school gymnasiums, the thrill of being chosen for after-school SWAT teams, and perhaps even the rigorous training as a member of Team Celebration.

For James Montaño, now 37 years old and a Ph.D. student in the Department of Theatre and Dance at the University of Texas in Austin, it was a single experience with NDI-NM as a Santa Fe elementary school student that profoundly influenced the course of his education and career.

For several years, Montaño, his parents and four siblings lived in a trailer park near the Santa Fe airport. “My father made jewelry for a gallery downtown, but we never went there. Santa Fe then, and in many ways even now, felt like three different cities shoved together,” he said. “I would ask myself, ‘Why can’t I go there too?’” And as a teenager I would go out on my own to hear music, and to see live theater.”

This precocious, curious boy also happened to be in the fourth grade at Salazar Elementary School as NDI New Mexico was in its earliest stages, having established a New Mexico foothold a year or two before. “In those early years, the organization would do one big production at one school,” Montaño said. And in 1992 NDI-NM chose Salazar, and the performance was The Midnight Ride of Paul Revere.

Participating in the production was a transformative experience not just for Montaño, but for everyone at Salazar. “The entire school reshaped itself for this performance,” he recalled. Physical Education classes became dance rehearsals. Artists arrived to paint a gorgeous mural across the school’s façade. Costumes were sewn. “And every single adult at the school, from teachers to janitors, got involved.”

“The entire process was amazing,” Montaño said. But what struck him most deeply was being part of a collaborative process. “The production exposed all of us to a new way of engaging with ourselves, each other, and the arts,” he said.

Ironically, Montaño himself did not dance in the production. “I grew up in the church and was primarily a singer,” he said. “I remember being disappointed at first that I didn’t have a dancing role, but I could sing, and I knew how to harmonize, so I became part of the performance’s choir. It was such an exciting experience.”

It was also the beginning of what would eventually become an esteemed academic and professional trajectory. “That performance at Salazar was a completely new experience for me. It created this entirely new existence that ran parallel with my daily world. It was a rush that I kept trying to recreate and pointed me toward the world of theater,” he said.

Montaño attended University of Massachusetts Amherst, then received a graduate degree from Harvard University. Along the way he also taught performing arts and nurtured a deep passion for regional theater. He’s nearing the end of his doctoral studies in Texas, focusing on the impact of regional theaters across the U.S.

“New York takes a lot of the energy and attention in the world of theater, but if you talk to the performers, they’ll tell you their first performance was for an organization like NDI-NM, or in some other regional theater. Organizations like NDI-NM are important contributors to their communities and incredible exporters of talent.”

Montaño loves his role as a university instructor and is committed to helping regional theater companies thrive. And in many ways, he said, all of that started with The Midnight Ride of Paul Revere at Salazar Elementary School in Santa Fe.

“I feel so lucky to have been exposed to something I loved at such a young age. It was performance – seeing it, feeling it, and participating in it – that made me realize this was the language I wanted to learn and where I wanted to make a contribution.”