History of The Hiland Theater 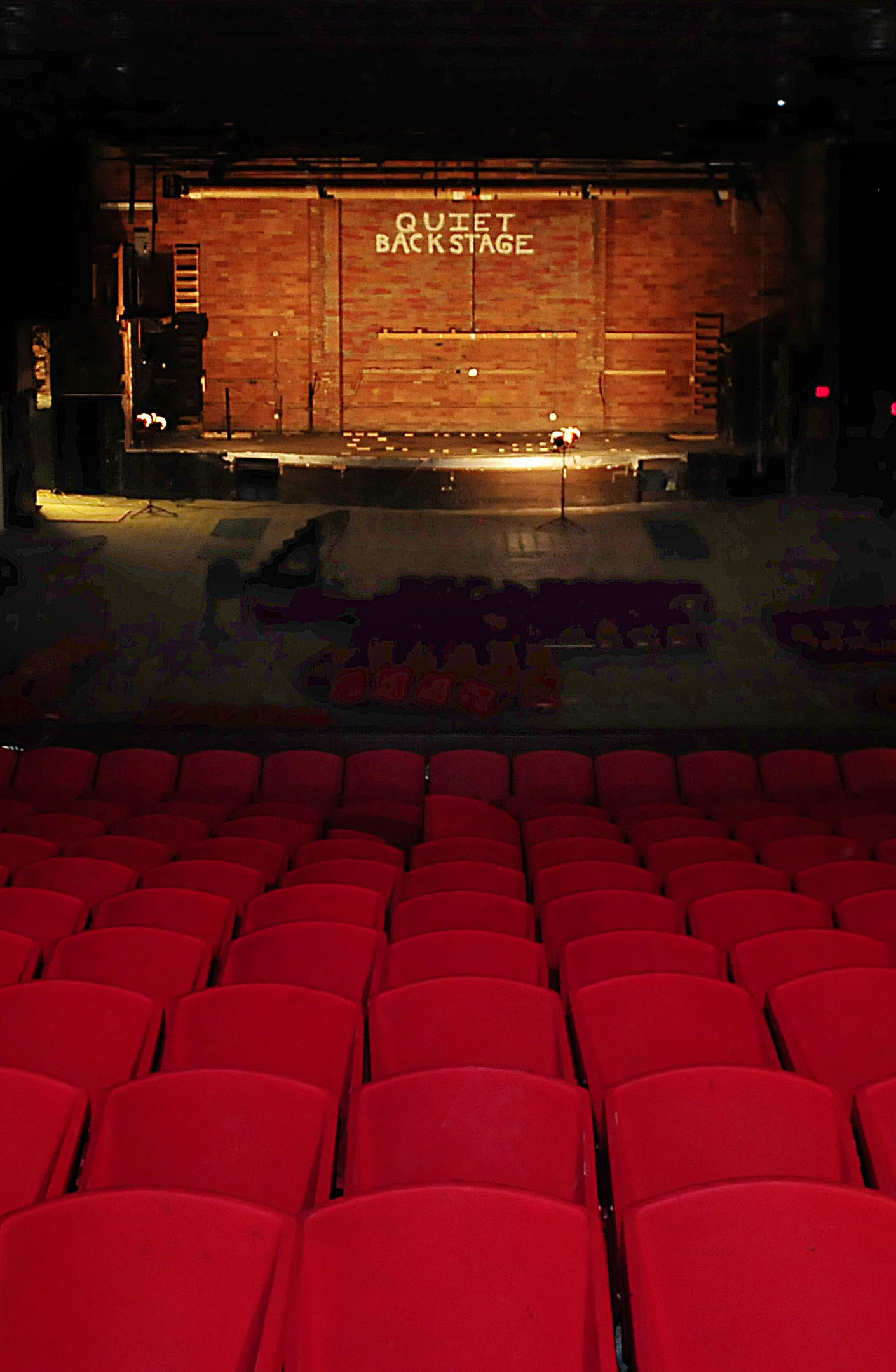 Since incorporating as a non-profit in 1994, NDI New Mexico has grown from annually serving 100 children in one Santa Fe public school to reaching almost 8,500 children statewide, through public school programs with advanced training teams, traveling residency programs, summer programs, and after school dance classes at The Dance Barns in Santa Fe and The Hiland Theater in Albuquerque.

The Dance Barns began with a dream in the late 1990’s: NDI New Mexico Co-Founder Catherine Oppenheimer gathered her staff for an exercise in which each person was asked, “If you could build a home for NDI New Mexico in Santa Fe, what would it include?” At the time, the organization was renting an array of facilities and quickly outgrowing each of them. It had rented rooms at the College of Santa Fe for its summer programs, then quickly expanded to the larger “Pink Church” on Alto Street, which soon overflowed with dancing students. Staff members recall children dancing on the church deck and in its driveway.

Asked to dream big, the NDI New Mexico staff’s top requests were a venue that included a theater where 500 public school students could perform together before an audience of 500 people. Well-equipped studios, locker rooms and plenty of space for NDI New Mexico students to perform their iconic “runs and jumps”, and the space to create an after school dance studio, where all children in the community could explore the study of different dance techniques, learn choreography and perform.

In 2001, in an unprecedented move, the Santa Fe School Board voted to lease NDI New Mexico 3.5 acres of school land for $1/year for 50 years with an option to purchase, and in May 2003 it opened the doors of The Dance Barns, a sparkling new headquarters for NDI New Mexico in Santa Fe.

Due to the enormous success of the The Dance Barns and the growing Albuquerque public school program, NDI New Mexico identified The Hiland Theater as a possible venue to expand its programming. In 2009, Bernalillo County and NDI New Mexico began a public/private partnership to revitalize The Hiland, who first opened its doors amid Albuquerque’s post-World War II boom. Back in the day, The Hiland was the Duke City’s premier movie house. Opened in 1950, the auditorium sat 1,188, stadium-style, and the garage behind the building held 350 cars.

Major renovation to the theater created eight dedicated dance studios and one 600 seat theater, that can also be configured as two seperate dance studios, and office space for NDI New Mexico staff.

The renovated Hiland Theater opened its doors in 2012, creating a dynamic space for NDI New Mexico’s Albuquerque public school programs, after school dance studio, and staff who are dedicated to offering the highest quality dance training and youth development programs to Albuquerque’s families.

About Us
History
FAQs